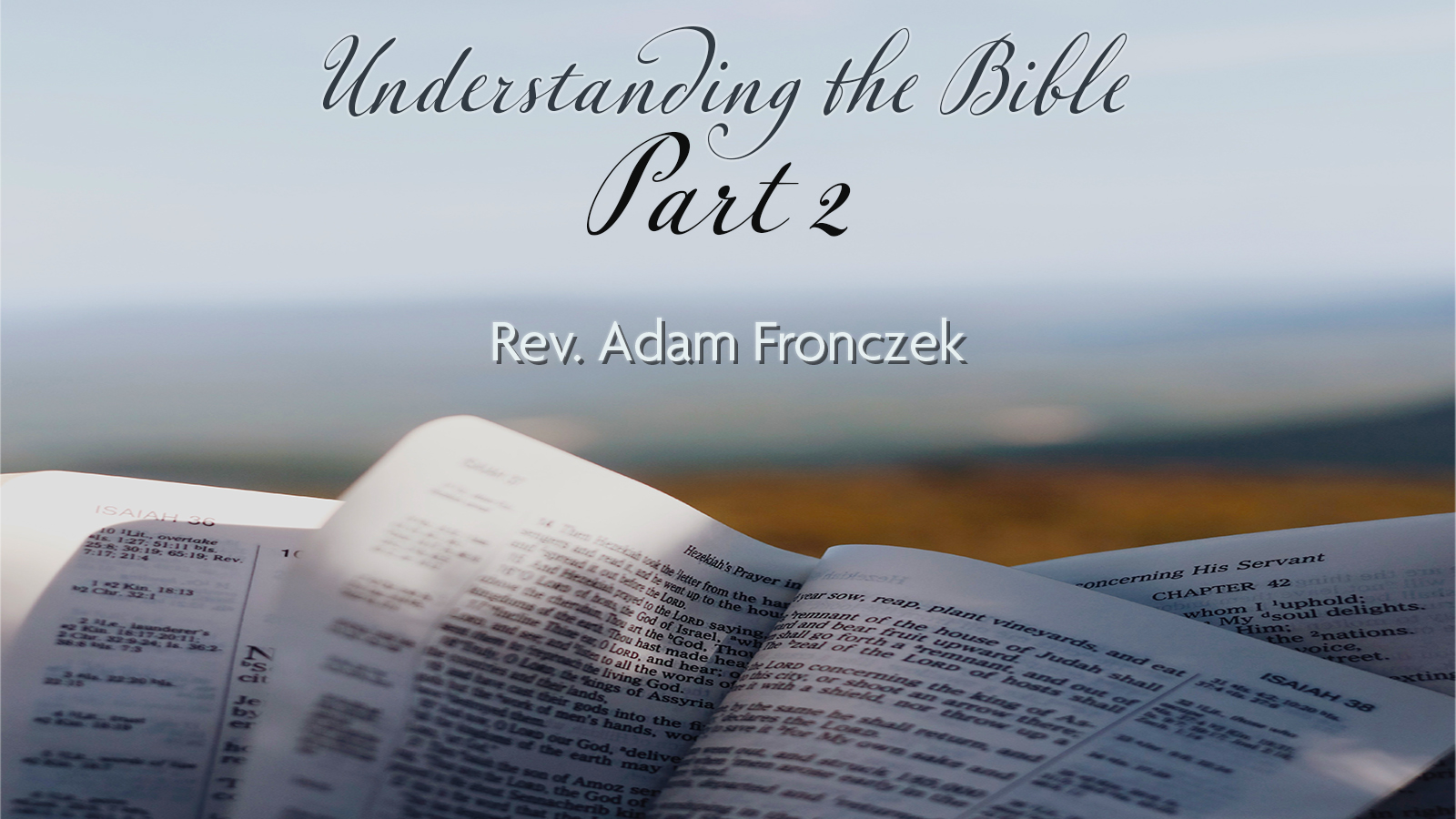 Today, admittedly quickly and simply, I will tell the story of the Exodus.  Parts of it will be familiar to some of you:  you’ll hear about crossing the Red Sea, wandering in the wilderness, manna from heaven and water from a rock, commandments given by God on Mount Sinai and a golden calf made down in the valley.  What may be different is that, this time around, the story will be told in the context of the theme I presented last week:  the Bible is a story of Covenant and the breaking and repair of the Covenant toward a New Covenant.  I hope you will begin to see how these individual stories you might have heard ever since childhood Sunday school fit into a larger story.

I invite you to imagine yourself on the shores of the Red Sea—you’re on the good side, looking back at the Egypt you have departed.  The memories are palpable, of an oppressive regime that has shaped your life, and all of the stories you’ve ever heard from your parents and grandparents.  Every day you were a slave, a commodity owned by Egypt, good only for the production of bricks.  They tried to erase your people’s history.  They killed your children.  But even though the Egyptians were merciless in their oppression, there were some who resisted.

A newborn named Moses, smuggled to safety at birth, grew up in the palace, and as an adult, fled the country when he discovered his real Hebrew identity.  He returned, praising the God of Abraham, Isaac and Jacob, and promising that the Lord was about to deliver Moses’ people from slavery.  You had been slaves for so long that you laughed at him.  How would this unknown shepherd and this God you had forgotten deliver you from the power of Pharaoh?  But Moses did it.  He led you through the waters of the sea to freedom.  And when the murderous Egyptian army pursued you, the waters of the sea came crashing down.

So there you stood.  Tens of thousands of you on shores of the sea, with those tragic memories behind you, and the future ahead.  And it was at that moment that Moses’ sister, Miriam, picked up her tambourine and began to sing and a few at a time, they joined in with her until all of you were standing on the shore chanting and shouting:  “Sing to the Lord, for he has triumphed gloriously!  Horse and rider he has thrown into the sea!”

It is one of the oldest passages in the Bible recorded in writing.  Most of the stories of the Bible began as oral traditions, stories passed down from one generation to the next.  But that day on the shore, someone who heard the song thought, “This is our story—We belong to God and God has set us free.  Someone has to write this down.  We have to share it with our children, and make sure that our grandchildren never forget.  So it was written, on tablets and papyrus and cave dwellings.  “Sing to the Lord, for he has triumphed gloriously!  Horse and rider he has thrown into the sea!”  It is the story of the making of a covenant.

Oppression is horrible.  But freedom has its challenges too.  And the stories of Exodus make that known.

When the Hebrews turn from the shores of the Red Sea, and head for the Promised Land, they at first find not a land of milk and honey, but the Wilderness of Shur.  They will wander there for 40 years, but it only takes two verses for them to complain about this new life of freedom and to ask to go back to Egypt.  Exodus 16:3, The Israelites complained against Moses:  “If only we had died by the hand of the Lord in the land of Egypt, when we sat by the fleshpots and ate our fill of bread…”  So the Lord gives them bread from heaven, called manna, enough for each day, and gives them an instruction for this new way of life:  only take what your family needs for each day—tomorrow there will be more.  But the people get anxious and disobey—they store up extra, and then it rots, just as God said it would.

Later, the Lord summons Moses up to Mount Sinai and makes a Covenant with the people.  It includes the 10 Commandments and a total of 613 other instructions that make up not only Exodus but the Books of Leviticus, Numbers, and Deuteronomy.  These instructions often look to you and me like arbitrary rules, but that it not is not the broader sense in which they are intended.  God begins by reminding Moses:  “I am the God of your ancestors, the God who delivered you from slavery.”  And then, a Hebrew word is given to all these rules—halakah—it is translated, “the Way.”   It is a way of life.  And like the previous story about manna, about only taking as much food as you need for the day, many of the rules are meant to help the people live together in a way that prevents oppression and protects the most vulnerable—often referred to in the Bible as “the alien, the orphan, and the widow.”

The Law, the Way, this new way of life is a gift.  But while Moses is up on the Mountain, even though it is only a few days, the people become impatient and imagine that Moses and the Lord have abandoned them, so they melt down their precious heirlooms and make a golden calf to worship, for no better reason than because that’s what all the neighboring peoples seem to do.  When God sees this, God understandably becomes angry and frustrated and suggests giving up on the the whole Covenant, but Moses appeals to God’s compassion, and God is persuaded to again work for repair.  God agrees to try again with these impatient people who keep wanting to return to slavery instead of live in freedom.

Covenant, Brokenness, and Repair for a New Covenant.  This is the story of the Bible.  We can see how difficult it was for the Hebrews to walk away from Egypt—awful as it was—and embrace life with God.  Even with all of its wonderful promises, freedom was unknown, and so it was frightening. Remember some of the details of the story:

The people feared that their wilderness wanderings would never lead to the Promised Land.  These were big leaps for a people who had known nothing but making bricks.  From the human perspective, you can see that this is a story about how hard it is to walk away from the Empires we know into the freedom that God has in mind for us.  And from God’s perspective, you see the amazing patience, forgiveness and love, that come with working for Repair—nudging us again and again toward a life with God and not the Empire.  This patient way that God receives us over and over again is what we refer to as grace.

This story is so powerful and so compelling, it is the one we have always looked to as inspiration for the American story:  Bruce Feiler, in his book American Prophet, catalogs the inspirational people in our nation’s history who have looked to Moses as our ancestor:  Columbus, George Whitfield, Franklin and Jefferson, Harriet Tubman, Lincoln and Martin Luther King, Jr., Ronald Reagan and Barack Obama, and that list doesn’t even begin to scratch the surface.  This story of a journey to freedom out of a land of oppression is the one we want to claim as our own.  And on this Fourth of July weekend, it is well worth noting that it is a story not of perfection, but one that holds brokenness along with hope.  God does the good work and leads us toward places we often to not know how to enter.  It is a story that celebrates heroism and faithfulness, but also acknowledges brokenness.  It is a story of grace about where we have been so that we can pray to be a better people in the future.

The story of the Hebrews leaving Egypt is also a compelling story in our own personal lives.  We all participate in patterns of living that we know are not healthy for ourselves or our neighbors (ways of living in Egypt), but we find it incredibly difficult to break free of them and trust another kind of life (freedom with God).  Our patterns of slavery are different, and so much a part of our lives that they are often invisible to us:  They are placing our trust in the wrong things, in ways that kill us a little at a time.

In the face of all these things, grace is found in God’s relentless pursuit of repair.  Because we see God’s refusal to give up on the Hebrews as they try to leave Egypt, and because we will see this repair happen over and over again in the stories of the Old and New Testaments, we can believe that God has not lost hope for us.

Covenant, brokenness, repair for a new covenant.  We see it in Exodus, we will see it throughout the Bible, we see it woven into the ways we tell the story of our country, and we see it in the choices of our everyday lives.  Even in the midst of feeling stuck in Egypt, even when God welcomes us to a different life of freedom, we find it hard to embrace God’s gifts.  But God keeps inviting us back.  The Lord says, “I am the God who delivered you from slavery.  Follow me.”  This is our story.  Amen.